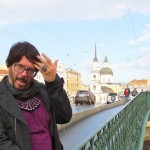 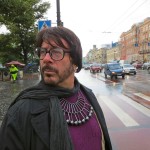 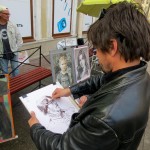 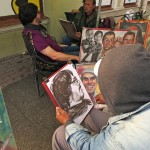 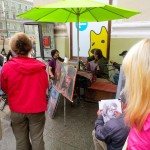 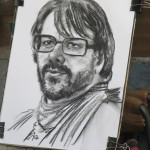 I have been enjoying my return to modeling. That's where my career started many years ago.

I have been enjoying my return to modeling. That's where my career started many years ago.

A lot of modeling is about how much crap you can take.

Modeling is the world that I feel most comfortable in.

The only rule is don't be boring and dress cute wherever you go. Life is too short to blend in.

I love the confidence that makeup gives me.

Remember that the most important thing you can take anywhere is not a Gucci bag or French-cut jeans; it's an open mind.

Even if your life is at its worst you must SMILE! You never know when a camera is nearby! 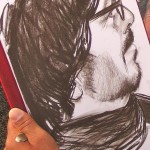 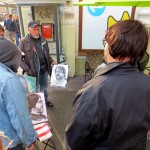 The secret to modeling is not being perfect. 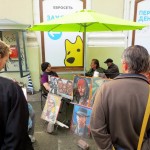 I don't do fashion, I am fashion. 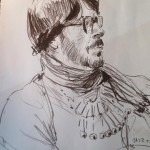 Life is too short not to make the best and the most of everything that comes your way everyday. 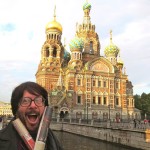 Modeling is the best because you have to look hot, which comes easy to me, you know. I'm blessed with that.

Days before coming to St. Petersburg, the Russian feminist punk rock protest group, Pussy Riot had been imprisoned. The governor of the city declared that being gay was illegal. Upon arrival, I had to respond. I took on the role of Fancy, a fop-flaneur once famous international model strolling Nevsky Prospect and the central city area, donning a flamboyant demeanor, a wig, and too much outrageous jewelry. As I strolled, I crafted a photomontage of Fancy sashaying the streets of St. Petersburg and posing at landmarks, stores, plazas, fountains, and on the bridges of the canals.

During the excursion intervention, I serendipitously came across a plaza where artists were selling kitsch paintings and classically trained artists were sketching portraits of tourists. Fancy bargained with one of the artists (the only one who spoke English) to sketch him. The artist agreed, asking Fancy, “Are you a rockstar?” and “What’s going on?” As he was explaining suddenly Fancy found himself swarmed by the other portrait artists in the plaza, who began to sketch him (without his request) as well. Fancy became the epicenter of activity, as he was surrounded by the plaza artists sketching him, who were then surrounded by lots of Russian tourists gathering to see what was going on, creating concentric circles of modeling, query, and observation.