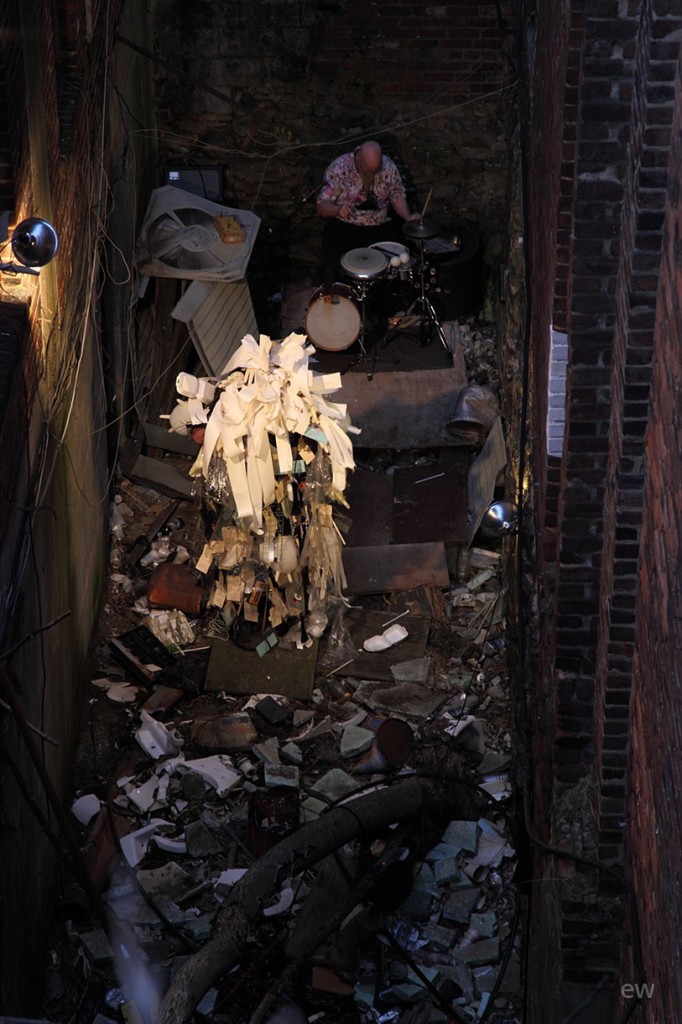 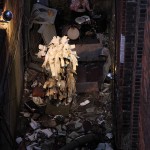 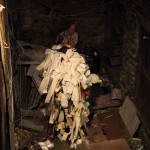 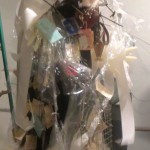 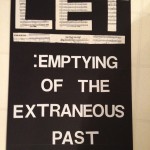 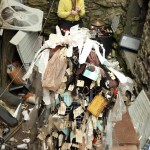 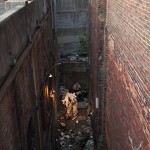 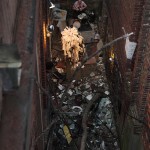 The full body costume was created in a workshop using materials gathered from the buildings which had been abandoned for a decade.

Sign on the roof where the audience viewed the performance.

Shot of the audience viewing from the rooftop. (Photo by Mike Jensen)

After the performance. (Photo by Mike Jensen) 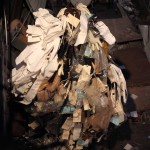 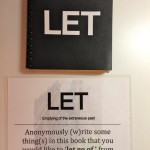 A book placed on the roof that viewers could write things they wanted to 'let go of'.

LET: Emptying of the Extraneous Past

A performance created to activate a downtown Atlanta 1913 building alley at 88 Forsyth Street — largely unoccupied for nearly a decade.

A series of three 4 hour endurance performance rituals on August 15, 16, & 15 addressing the act of letting go (of the past). A full body mask was created in a workshop using detritus from the abandoned buildings The audience viewed the performance from the building’s rooftop looking into an alley filled with years of collected trash. Live music by Klimchak. Recorded music by Scott Burland.