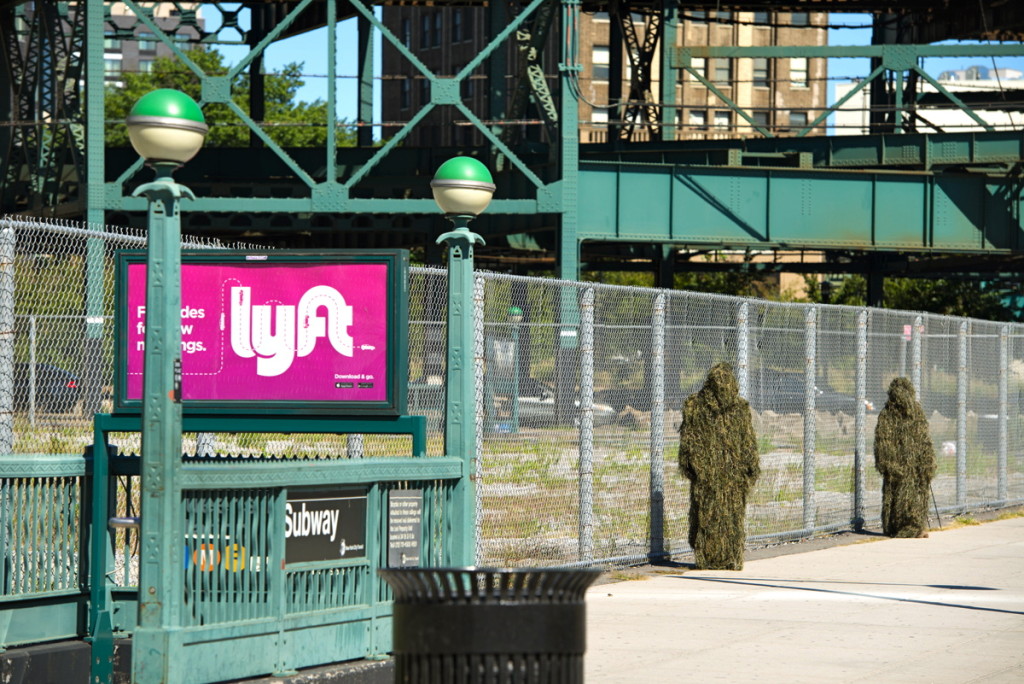 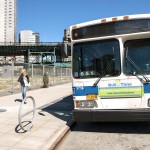 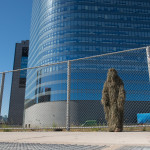 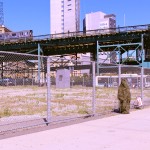 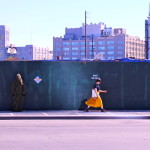 The Keepers appear when life is out of balance with nature. They disrupt conventions, identities, and norms. This durational 3-hour public performance at a mega-development site is part of an ongoing series of ritual actions in response to the gentrification and rapid mass development of urban areas in New York City and beyond where the importance of the mixed-use neighborhood, history of the area, and the natural environment has been disregarded. The Keepers are protectors who maintain the balance of nature. They are an unusual kind of life form living on the border between animal and plant consciousness, which give them special otherworldly powers. To mask oneself welcomes ‘otherness’– initiating an act of transformation, proposing an alternate reality. These beings bridge worlds without belonging to one or the other. In this performance on Sunday, September 20, 12-3pm, two performers wearing full body masks stood in front of a gatedconstruction site of a huge residential development on Jackson Avenue, Long Island City, Queens. Using minimalist movement and long studied stillness, the performers focused on breathing and inner work of transformation. At a major transportation hub at Queens Plaza Station, passersby and pedestrians had a variety of reactions from startled to perplexed. Some viewers stood for long periods of time contemplating the site, the construction, and the stillness.