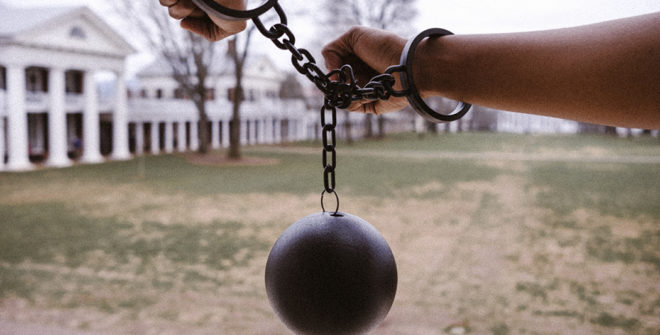 Manhattan-based artist Ed Woodham has produced Art in Odd Places for more than 15 years all over the country. The University of Virginia, where he had 28 artists interpret the theme of “Matter,” is the first place one of the performances was canceled. Eze Amos

When the student-run UVA Studio Arts Board asked New York artist Ed Woodham to bring his Art in Odd Places to the university, he wanted local artists to take part in the public visual and performance art, and the centerpiece of the two-day April event featured local theater artists Leslie Scott-Jones and Brandon Lee.

Two days before the performance, their project was canceled because of objections of black students and the Office of African-American Affairs. The artists say they were censored, and the dean of the OAAA says re-enactment of the enslaved laborers who built the university would be humiliating. Both sides say the other is “misinformed.”

Woodham, who started staging Art in Odd Places after 9/11 in New York, was selected to be UVA’s artist-in-residence in April 2017. “Then the events of August happened,” he says. 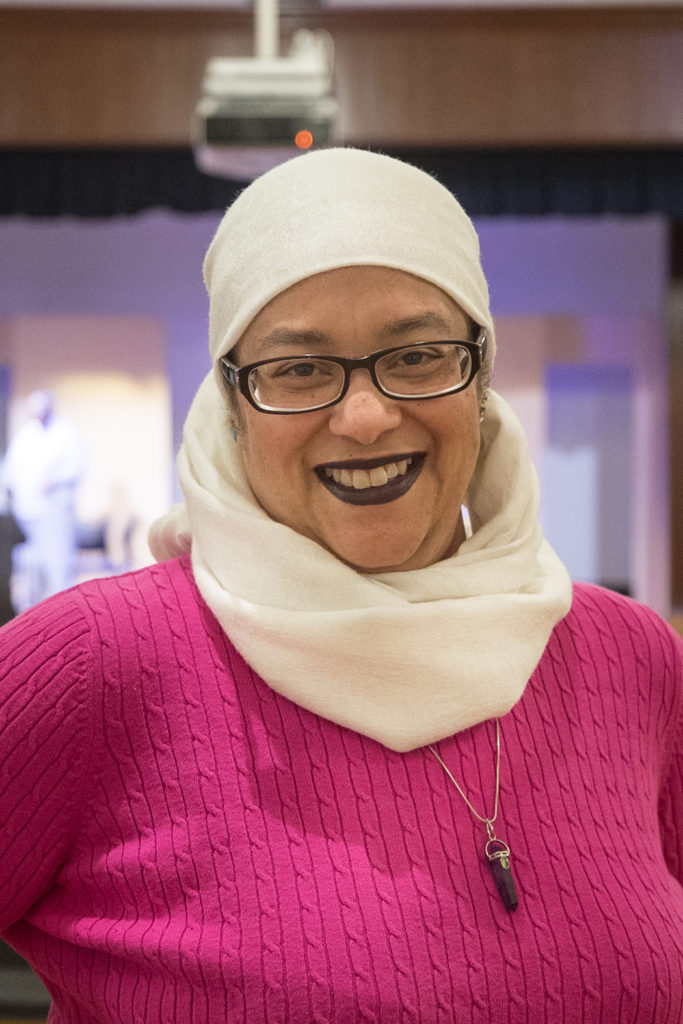 Leslie Scott-Jones had planned a celebration of the slaves who built the University of Virginia, but the Art in Odd Places performance was canceled after objections from black students and the Office of African-American Affairs.

“My idea was to have a historical re-enactment on the Lawn using research from UVA’s Commission on Slavery,” she says. That was for April 5. The next day, she wanted Queen Charlotte, who was black and for whom Charlottesville was named, to be in a parade with fife and drums from the university to the Downtown Mall, where Thomas Jefferson and James Madison would present her with the keys to the city.

Scott-Jones contacted Lee, who had been a re-enactor as a child at Colonial Williamsburg and who was a 2006 UVA grad. “As an artist, I wanted to do something in line with historical interpretation” that would include the experience of slave laborers and the first minority students at UVA, he says.

“Other than my senior research, that’s the most time I’ve spent on anything,” he says.

Scott-Jones recruited five professional re-enactors, who agreed to participate in “Historical Matters” at reduced rates, she says. She obtained permit paperwork for the parade and sent it to UVA to submit as the entity that was sponsoring the event, she says.

Then she heard that an emergency meeting of the Black Presidents Council—the student presidents of all the black organizations on Grounds—was being held the night of April 2 and was told, “None of the students knew about it, they didn’t want slave re-enactments and didn’t approve it,” she says.

She and Lee were not invited to the meeting, but showed up anyway. “The meeting got a little heated,” says Lee.

Lee, who is community advisor to his Phi Beta Sigma fraternity, says he was surprised to hear the students say they had not been advised about the project. “It’s totally inaccurate,” he says. “I pulled up an email I’d sent [to one of them]. Nobody responded.”

The students voted 14-0 against the project, with three abstentions.

Maurice Apprey, dean of the Office of African-American Affairs, says he first heard about the performance four days before it was scheduled. “A student came to me and said, ‘Someone came to our door and asked if we wanted to be slaves,’” he says. “Can you imagine how upset you’d be as a parent?”

An email to Pat Lampkin, UVA vice president and chief student affairs officer, signed by Apprey and three other deans in his office, says, “The pretext of the entire project was clearly offensive.”

The deans wrote, “We shudder at the thought of having to explain to concerned parents, students and alumni that our black and non-black students are being asked to play roles of humiliation; namely, the enslaved and slave-owning.” They also shuddered at the idea of prospective students and their parents coming upon such an event while considering attendance at UVA.

“The first part of that is a lie,” says Scott-Jones. She says Dirron Allen, assistant dean of students and director of student activities, told her, “We can’t allow you to do anything planned for Thursday.”

She says, “We canceled Friday because at that point, our artistic vision was ruined.”

Allen did not respond to Scott-Jones’ characterization of the cancellation, but de Bruyn says, “The Arts Board proposes artistic events for the university to consider hosting, and these proposed events are subject to the university’s review and approval.”

Woodham says he had received approval from the Arts Board. “I’ve worked for universities, civic organizations and cities. Nothing’s ever been censored before. We followed the Arts Board procedure. This was very last minute.” And, he says, the decision was “based on misinformation.”

Apprey calls the project “haphazard” and “misinformed”—but says, “I don’t have the right to censor anyone.”

And he compares it to asking Jewish students at Hillel House if they’d like to go to an Auschwitz re-enactment.

“The OAAA objected strongly and I would have been very upset if it had happened in spite of our objections,” he says. “Can you imagine after tiki torches on our Grounds, an enactment of a slave auction on our Grounds?”

He also suggests, “Before seeking refuge in an expression of ‘free’ speech, could we ask: Is what we are about to say or do a good idea?”

“The decision to cancel was troubling,” says Larry Goedde, chair of the department of art, who says he would be meeting with Dean of Students Allen Groves to learn what led to the decision and to clarify what the policy would be going forward.

“How is it wounding to celebrate the people who built the university?” asks Scott-Jones, who says there was no slave auction planned and that the objectors, had they talked to the artists, could have gotten an accurate picture of what they planned to do.

“You’ve got these black students so ashamed of their history, they want to ignore it,” she says.

“I am sad that after everything this town went through in August, they still don’t understand the real problem,” says Scott-Jones. “The reason Nazis could come here is because we haven’t paid attention to the other part of our history.”

Scott-Jones traces her ancestry to 1793 in Scottsville. “This is my history,” she says. “For the deans of the Office of African-American Affairs to assume this was anything but meticulously put together is ludicrous and offensive.”